There something so gratifying about a before-and-after reveal. Chalk it up to immediate gratification.

With that instant fulfillment mindset, it makes sense that there’s more home remodel shows now than ever before. We all love to see a home transform from lackluster to sparkling in a mere half hour.

Because we’re right there with you—we’ll do you one better, here’s a before-and-after home exterior, now clad in James Hardie® siding and trim. All you have to do is scroll down. No commercials. No montages. Immediate gratification. 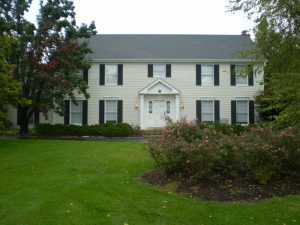 This Midwestern home was sided in creamy, off-white siding with black shutters for a usual and uninteresting look. The exterior is by no means unappealing, it just feels flat and lacking dimension. 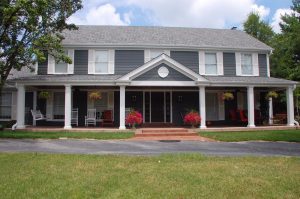 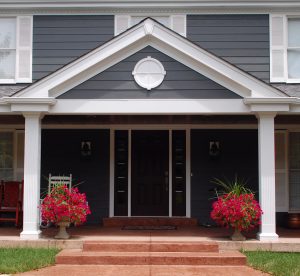 With new James Hardie siding and trim and a front porch build out, this home has gained a massive boost in curb appeal. The porch adds dimension to the formerly flat façade and the row of rockers and porch swing seem to say, “Come on over.”

The new HardiePlank® lap siding in ColorPlus® Technology Iron Gray adds a modernity to the exterior, and the crisp Arctic White HardieTrim® boards make the gray hue pop. We love the crisp white trim color that matches the new columns and shutters. The updated façade is modern, fresh and inviting, not just a usual off-white flat-feeling Midwestern home.

Transform your home’s exterior with a little curb-appeal perk-up from James Hardie siding and trim. 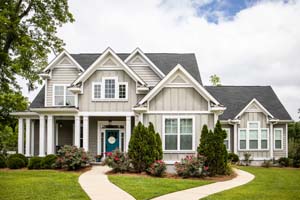 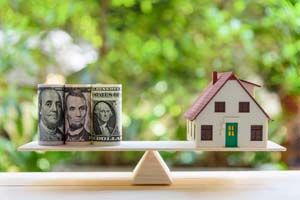 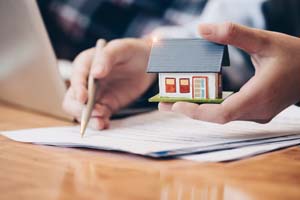 Explore our services or contact us! Don’t hesitate to call us.

Our Reviews
View All

Custom Installations did an outstanding job on our home. I would highly recommend.

Custom Installations handled two large projects for us. (Roof/Gutter replacement & window replacement) We are very happy with both projects. Staff clearly explained the work to be done including options. The workers were professional and left the site clean when the project was done. Will be using Custom again for any future needs. Highly recommend!

We’re planning an extensive project and Kayla walked us through every question we had, a few we didn’t know we had! We’ve been planning this for a while, but couldn’t find anyone we were comfortable with. After hearing from friends and family, and speaking with Kayla, we know who we're going with!

Custom Installations installed a new roof and gutters on our home. Their professional team also helped reroute water in between our neighbors houses. Brad, Clayton, Kaylah, and the entire crew were amazing. Extremely professional and helpful from start to finish. The roofing and gutter crews cleaned our yard extremely well afterwords, and were incredibly diligent! Highly recommend!

Custom Installations recently replaced our gutters. Who knew new gutters could make a girl so happy. They are beautiful and much better quality than other companies were offering. They even helped us pick the perfect color to tie in with our siding, trim and roof. Looks perfect. We will definitely contact Custom Installations for future projects. Quality of products and people = 5 stars.